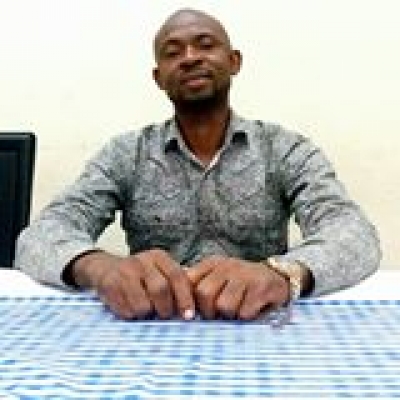 When I went to visit the great and brilliant freedom fighter, *Nnamdi Kanu*, who is the leader of *IPOB* and easily the most courageous, powerful and credible Igbo leader in Nigeria today in his cell we had a very instructive and long discussion.

I had never met Nnamdi before and I was amazed at his depth of knowledge, his immense courage and his deep convictions.

There is no doubt in my mind that that man is going places and *in him the Igbo have an Ojukwu and a Nnamdi Azikiwe all rolled into one.* He is destined for greatness.
*... From Femi Fani Kayode FFK writeup* 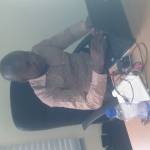 
In what appears like a criticism of his successor’s selective anti-corruption war, and intolerance for freedom of speech, former President, Goodluck Jonathan, has tactically revealed why he did not detain President Muhammadu Buhari, during his reign.

Recall, that prior to the 2015 election, Buhari, the then Presidential candidate of the All Progressives Congress, APC, had threatened violence, if the 2015 elections were rigged in favour of the Peoples Democratic Party, PDP.

“If what happened in 2011 (alleged rigging) should again happen in 2015, by the grace of God, the dog and the baboon would all be soaked in blood.’’

Buhari had said. Speaking at a dinner he attended in the United States, on Saturday evening, Jonathan said, “under my watch, not a single Nigerian was sent to prison, because of anything they wrote, or said about me, or the administration that I headed,”

He added that, “Nigeria had neither political prisoners, nor political exile under my administration.” Jonathan, who was the keynote Speaker at the Nigerian Lawyers Association’s Annual Dinner and Merit Awards ceremony, held in New York, mentioned some factors he considered to be his administration’s democratic credentials. 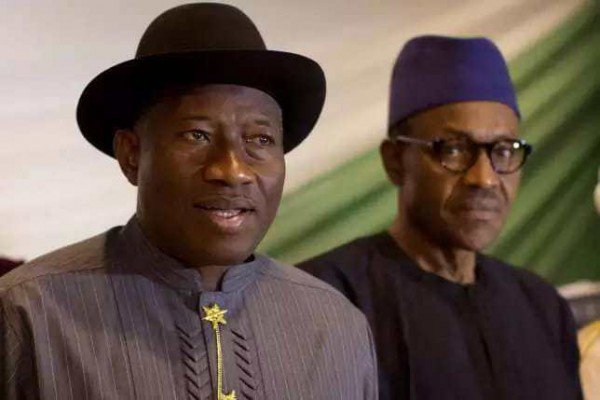 Oriental Times: Why I Did Not Arrest And Detain Buhari During My Reign - Jonathan

The Abuja Division of the Federal High Court, on Friday, ordered President Muhammadu Buhari and the Director-General of the Department of State Service, DSS, Mr. Lawal Daura, to appear on November 15 to show cause why seven judges arrested between October 7 and 8 should be prosecuted. Others equally summoned to appear before the court were the Attorney-General of the Federation and Minister of Justice, Abubakar Malami, SAN, the Inspector-General of Police, Ibrahim Idris, and the National Judicial Council, NJC.

They were all cited as Respondents in a legal action that was instituted before the high court by a Lagos-based lawyer, Mr. Olukoya Ogungbeje. Though President Buhari will not appear in person, he is expected to brief a lawyer to represent him before the court on that date. The plaintiff had in the suit marked FHC/ABJ/CS/809/16, applied for an order of perpetual injunction restraining the Respondents from arresting, inviting, intimidating, or harassing any of the judges whose homes were raided in the “sting operation” conducted by the DSS.

He contended that the arrest and detention of the judges without recourse to the NJC, was not only unconstitutional, but also aimed at ridiculing the judiciary arm of government. According to him, the action of the DSS was in gross violation of rights of the judges as enshrined in sections 33, 34, 35, 36, and 41 of the 1999 Constitution, as amended. Consequently, Ogungbeje sought ten separate reliefs from the court, including award of N50billion as general and exemplary damages against the Respondents, as well as another N2million as cost of the suit. He equally prayed the court for an order compelling the DSS to return to the judges, money that were seized from their homes.

Meanwhile, in a bench ruling on Friday, Justice Gabriel Kolawole directed that copies of the relevant court processes be served on all the Respondents. The Judge held that the Respondents are entitled to within seven days, respond to the suit. However, Justice Kolawole refused an ex-parte motion the plaintiff filed with a view to securing an interim order stopping the Respondents from taking “any untoward action” against the embattled Judges, pending determination of the suit.

The Judge said he needed to resolve a number of issues, including the locus-standi of the plaintiff, before he could make a pronouncement on the prayer. He said such resolution could only be made in an inter-party hearing involving all the Respondents. Specifically, the plaintiff had through his counsel, Mr. Ayo Ogundele, sought, “An order of interim injunction restraining the respondents, their agents, servants, privies, men, officers or anybody deriving authority from them by whatever name called from further arresting, intimidating, arresting, inviting, seizing or taking any untoward action against the arrested and affected honourable judges and judicial officers pending the hearing and determination of the substantive suit.”

In a 39-paragraph affidavit he deposed in support of the substantive suit, the plaintiff averred: “That the 1st (President Buhari), 2nd (DG of DSS), 3rd (DSS), 4th (AGF), and 5th (Inspector-General of Police) respondents never filed any petition against the affected judges the 6th respondent (NJC). “That the 6th respondent is the only body empowered by the constitution of the Federal Republic of Nigeria to discipline judges and judicial officers in Nigeria. “That the judiciary is an independent arm of government in Nigeria and separate from the executive and the legislature.

“That this illegal and unconstitutional action by the 1st, 2nd, 3rd, 4th and 5th respondents have been roundly condemned by the Nigerian Bar Association. “That the 2nd (DG of DSS), 3rd (DSS), and 5th (IGP) respondents carried out their action which brazenly infringed upon the rights of the affected five judges without lawful excuse or recourse to the 6th respondent”. Though seven judges were arrested, the plaintiff said he instituted the action on behalf of five of them who are still serving. The judges the plaintiff is fighting for are Justices Inyang Okoro and Sylvester Ngwuta of the Supreme Court, Adeniyi Ademola and Nnamdi Dimgba of the Federal High Court Abuja, as well as Justice Muazu Pindiga of the Federal High Court, Gombe Division.

Among the five judges, only Justice Dimgba was not arrested, though his house was thoroughly searched. Other Judges who though arrested but not covered by the suit are former Chief Judge of Enugu State, Justice I. A. Umezulike, the Presiding Justice of the Court of Appeal, Ilorin Division, Justice Mohammed Tsamiya; and judge of the Kano State High Court, Justice Kabiru Auta. All the arrested judges are currently under administrative bail from the DSS, pending their trial.

BIAFRA: A CALL FOR THE RELEASE OF NNAMDI KANU AND OTHER BIAFRAN AGITATORS
at 0640 Africa, Biafra, Featured, World News,

BIAFRA: TOGETHERNESS. Biafrans have been tagged as people that do not like doing things with one voice, but I thank God for the arrival of Nnamdi Kanu in Biafra, he is the one that brings us together by using IPOB family made us do things in one voice.

And is a very shameful thing that we Biafrans will not try our best to let him out of the prison where the zoo president locked him up, and one of the keys to bringing him out is togetherness in ipob families, we do things with one voice.

CONSTITUTION. It is written in Constitution of Nigeria that every citizen has the freedom of speech, protesting and agitation but why are we been arrested and killed for protesting lawfully in the country. I the BIAFRAN NINJA, was almost arrested last week for using Biafran bag while I have the right to own a property, so Buhari should release the director of Radio Biafra mazi Nnamdi Kanu because his detention is unlawful.


VICTORY. We believe that Biafra shall be restored as long as Chiukwu Okike Ahbiama lives, we must get our freedom.
ALL HAIL BIAFRA.


By Michael Anthony
For UmuChiukwu Writers