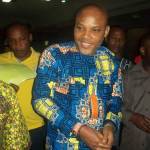 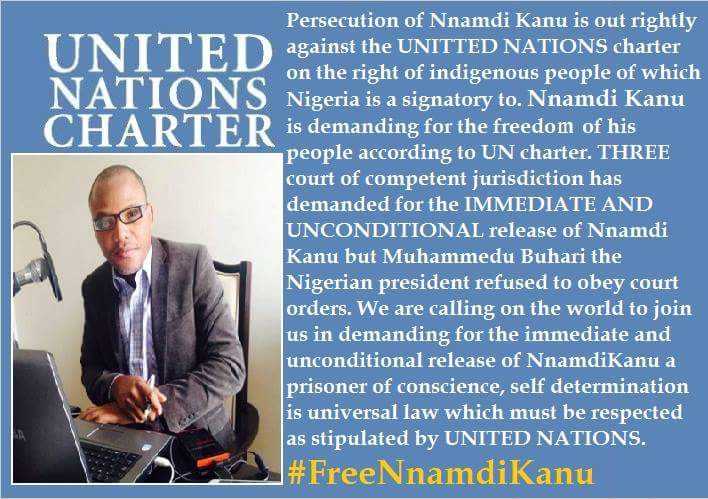 Facebook and nkoli.com has been on my neck since morning asking me what i have in mind... Ok! Now this is what i have in mind... Friends, i would like to know where my forefathers (ancestors) are or were after demise since they died before the blue eyed White guy committed suicide on the cross (tho it never happened)...owning to the fact that they did not hear about heaven nor hell... 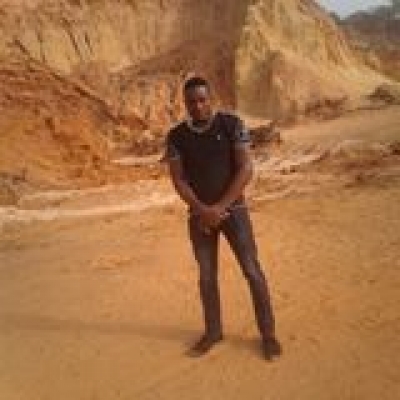 "I see the future of Africa in the Igbos, Igbos are dope!
They were slaughtered like rams prior to the Civil war, they rose back!

They were starved to death during the Civil war, guess what, they multiplied back!

They are most times the victims but have never fallen for defeat.

The Igbos will one day wave the Biafran flag and show the world, we Africans can put an end to White supremacy."...........by.......Marvellous Adesanya #UnitedNations 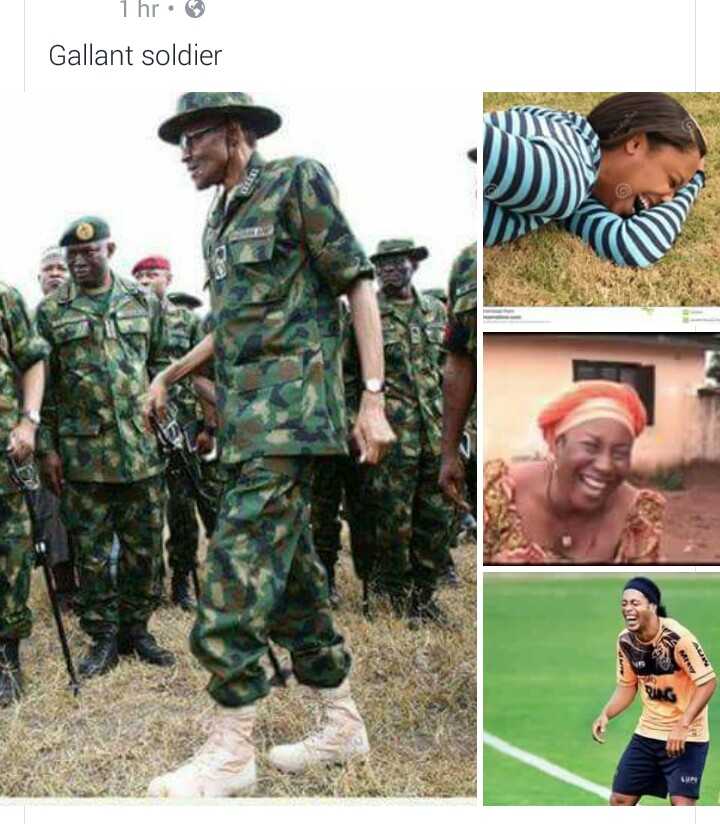 This was sent to me this afternoon. After reading it, I was less interested in the source. But felt IIF forum may also take note on the issues raised.

Got this from a Muslim friend who boldly could send it to me; patiently read through:

We the far Northerners are agitating for grazing Reserves in your states. This is because we want to rear and raise our cattles. I see that some of you are contemplating giving us vast hectares of land in your states. The the laws governing this will even make you second class citizens against us. I see also that you are even fighting yourselves to let us have our way.

"Those who don't remember the past, are condemned to repeat it" George Santayana.

But how foolish you can be. In the last 2 decades none of you have been given a land to build your Churches. Several Churches were literally razed down in every single city in the North. No one approves a place of worship for you even when you contribute immensely to the economic welfare of our region. Even Churches that acquired C of O's in the far past, (ECWA Good News Center, Aliyu Jodi Road, Sokoto is one example) efforts are being made to revoke them.

Even people like me who are indigenous have been deprived places of worship. Any village head, chief or leader who permits a Church to be built in their area, will have themselves dethroned, so is the clandestine law. For building a Church you face land confiscations, kangaroo judgement, intimidation, threat to life and expulsion even death.

In Tudun Wadan Dan Kade, Kano State, all Churches (ECWA and Anglican) were razed down and Christians were told to never worship again. No Church today in this city. In Funtua recently, 3 Churches were removed. In Mabera Sokoto a Church was closed down and a Church's guest house wall was razed down. There are copious more examples. The issue has always been, it's illegal. The land wasn't given to build a Church. But actually, no one, no Government today in the North will sign for the approval of building a Church.

It's funny how cows and goats have more rights than humans. I wonder why we place premium on the economic life of one area neglecting the religious life of others.

We don't want you to serve your God, but we complain when you become armed robbers, drug peddlers and do all sort of crimes. How unfair to ask for morality from you when the agencies you create to instil morality in your children is denied.

I am ashamed of you fighting yourselves. It's a shame! You won't hear we Muslims fighting for Grazing Reserves, we don't have to because we only nees to throw the bone to the dogs and the will fight over it. We carefully attached money gains in the policy such as World Bank loans. So, you see fighting over the money so that we can have our way. IBB engaged all of you in a stupid National debate on IMF loan. While you were busy debating we smuggled Nigeria into OIC and no one can change that.

Political correctness? Forget that, we only use it when and if it favors us.

If you release your lands we will occupy them, buy some more because your people are gullible. Convert some of you using a few nairas to woo you, rape and pregnant your daughters. After a decade or so, make you fight yourselves and kill yourselves while we politically take over your states.
If you see this as a grazing reserve issue, then you must be very myopic. We see it as an agenda to take over Nigeria and believe me if you allow these to happen, 5 decades down the line, your children will beg us food, beg us jobs and beg us lands in their land. Then also we will decide the political fate of this country because we would have grown stronger, larger and influential. We will use the Grazing reserves as training ground for Jihad and as places to store our arms towards toral Islamization of Nigeria. Some of you are foolish talking about cattle Ranches. Why do you need government money for such? Is that how its done in advanced countries? You are not asking questions because you are blinded by rhe money we will give.

Please give us Grazing Reserves or is it Ranches you call them?

THE REASON THE NORTHERN RADICAL ISLAMISTS LIKE BUHARI AND EL RUFAI WILL CONTINUE TO HAVE THEIR WAYS PUSHING DOWN SOUTH IS BECAUSE THE SOUTH HAS TOO MUCH EDUCATED ILLITERATES AND FREE THINKERS BUT WHO ARE BLIND SEERS. SOME WILL BE INDIFFERENT TO THIS DANGEROUS THREAT AT THE DOOR. SOME WILL POLITICAL CORRECTLY NAIL THEIR OWN COFFINS. AND SOME WILL ACCUSE YOU OF FOMENTING HATRED AND DIVISIVENESS. SOME WILL EVEN ATTACK YOU. THE CRAFTY NORTH WILL THROW THEIR "BONES" AT THE SOUTH AND THE SOUTH WILL ENGAGE IN FIGHTING THEMSELVES, WHILE THE NORTHERN ISLAMISTS WILL BE CLANDESTINELY MOVING IN AND HAVING THEIR WAY. WHEREAS THE SOUTH HAS PEOPLE IN POWER WHO ARE TOO GREEDY, COMPROMISED, AND COWED, LIKE T. A. ORJI, TO SPEAK UP #FreeNnamdiKanu #BiafrExit 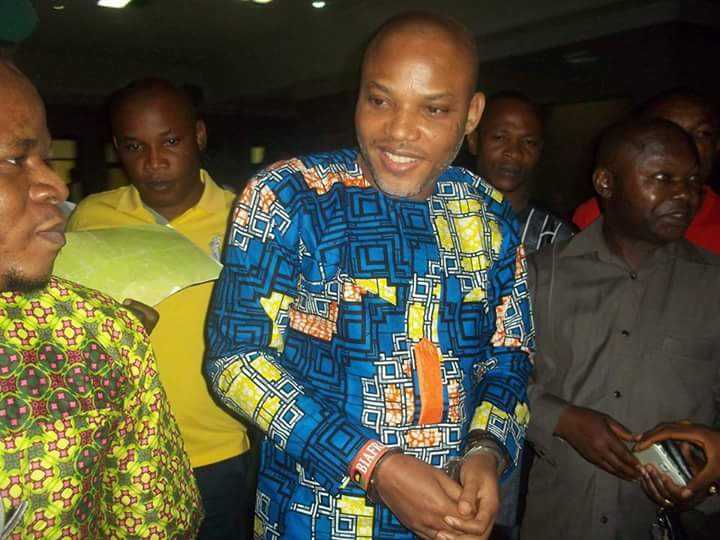